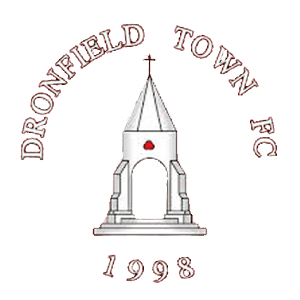 A Dronfield Town existed in the mid 1890’s but folded in around 1914. Although the club was revived in the 1920’s, it dissolved shortly afterwards. Another incarnation of the club in the 1950’s also folded soon after being re-established. The club was re-established again in 1973 as a Sunday League team, playing in the Sheffield Sunday League. It continued until folding in 1996.

Dronfield Town’s first season in the Premier Division saw us finish runners-up, earning promotion to the Supreme Division. In 2011 league restructuring saw us placed in the North Division, We won the League Cup in 2011-2012 and were North Division Champions in 2012-2013, resulting in promotion to Division One of the Northern Counties East League.

Dronfield Town FC is a Registered Charity No 1099938 | 2023 Copyright © All rights Reserved. Design by ITmedia4U